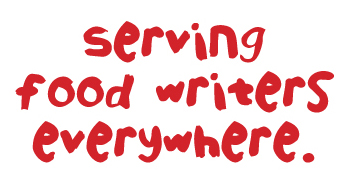 My Year Food Writing: The Importance of Cookbooks

BEFORE my grandmother passed away this fall, before she stopped painting flowers and takingphotographs, before her final trip to the ballet, before she made her last batch of sweet, sticky schnecken, before she could no longer eat anything but fudgesicles, before she was forced to sleep for much of the day and could no longer entertain visitors, she took me into the sunroom of her house in Kansas City early one morning.

“Go into the kitchen cupboard, the one below the China,” she said, “Get the cookbooks. We’ll sort through them, you’ll choose the ones you want.” Her voice was fuzzed by the oxygen tube that was strapped to her nose.

It was just the two of us, alone, the sun speckling in through the screen doors and the humid heat of a Kansas City morning in August. My siblings were sleeping, my father running errands, my mother was on the telephone with doctors, always more doctors. My grandfather was in the kitchen in his Joseph A Bank suit eating Grapenuts and Cheerios mixed together in a blue-rimmed ceramic bowl. My grandmother’s arms were skeletal beneath her pink blouse, but otherwise much remained the same. The cockoo clock ticked. The light puddled on the two lacquered card tables on her sun porch. Through the windows, Eric, the gardener, pruned my grandmother’s roses, her delphinia, her dahlias and daisies.

The cupboard contained a chaos of cookbooks, lined, stacked, piled, crammed into corners. Her favorites stood in the front row – a 1932 edition of Thoughts for Food (1938) from which she often prepared a gelatinous Thousand Island Crab Ring Mold, multiple volumes of The Barefoot Contessa, a Spanish tapas book written by one of her friends, The Silver Palate Cookbook. Crammed behind these, other volumes had been gathering dust since before I was born. A Cuisinart cookbook published in the 1980s was virtually untouched. A midcentury Guide to Napkin Folding – good as new.

We began sorting through her collection, spreading the books out on one of the lacquered card tables, considering them as one might bottles in a wine cellar. Of her three children and seven grandchildren, I was the only one who had pursued food professionally – the only one who asked, every time upon arriving in Kansas City, when we would be making the deviled eggs. When I was growing up, she would often pull out an old cookbook, read me the notes that her own mother had made in the margin, and reminisce.

That August morning, however her eyes flitted from cover to cover like so many photographs in an old family album.

“Well, you know what to do,” she said. “Make a pile. Whatever you want is yours.”

Some selections were obvious. She placed the cookbooks that she’d read to me, the ones that had already been passed down for two or three generations, into my hands. The 19th century Art of Cookery I’d once found in a box in a closet in her guest room. The Settlement Cookbook with a four leaf clover tucked inside. The duct-taped copy of Thoughts for Food from which she had cooked until her cancer made the smell of savory food unbearable to her but which had also granted her a life’s wish: to eat ice cream always and only and without hesitation.

Beard on Bread, a well-worn copy of the 1973 classic with a sketching of Beard on the cover, big and proud, rolling out dough, caught my eye. I flipped through it — Saffron Bread, Potato Bread with Caraway Seeds, Myrtle Allen’s Brown Bread. I placed it in the TAKE HOME pile. She handed me Italian Bouquet: An Epicurean Tour of Italy, a heavy 1968 volume published by Gourmet. TAKE HOME. The Congressional Club Cook Book. TAKE HOME. Better Homes and Gardens Famous Foods from Famous Places, in all its 1960s glory. TAKE HOME.

There were community cookbooks too, spiral-bound collections from the country club, from local schools, a holiday cookbook from the women’s society. A thin, stapled booklet with a drawing of a forlorn looking poodle printed on the cover called to me: 120 Best Recipes Compiled for the Benefit of the Las Vegas Humane Society. It looked like a Brooklyn ‘zine, but was an early-century recipe booklet that my grandmother’s great aunt (my great-great-great-aunt) had put together from her ranch in Las Vegas, New Mexico. It was a dessert-heavy collection: Cherry Sponge Pie, Fabulous Chocolate Cake, Oatmeal Crispies No. 1 and No. 2, Snow Pudding. TAKE HOME.

NOW I am home in my Brooklyn pad. There are no flowers outside. I line the windowsill with plants from the local garden shop. I have a miniature desk and a stout bookshelf from Ikea that houses some of the cookbooks that, beginning in fifth grade, I used to teach myself how to cook: Roast Chicken and Other Stories by Simon Hopkinson and Rose Levy Baum’s The Bread Bible, Thoughts for Food and, of course, the poodle booklet from my grandmother.

It was cookbooks, in great part, that taught me how to cook. The ten-pound cooking textbook that my oral hygienist gave me when I was in sixth grade provided me a solid culinary education. It taught me how to respond to ingredients. And then I learned, by trial and error and doing things over and over again. The fullness of the kitchen can never be realized through ingredient lists and numbered steps alone. But cookbooks have an important place in my life.

I’m 22 now, and in my first home that I must create on my own, I cook by touch and taste and whim. Once in a while, I use a recipe — it’s like having an old friend to dinner. Sometimes there are recipes so inspiring that I must try them.

And maybe, the cookbooks I’ve collected and the new ones I can’t resist buying are, or will someday be, a record of my own life, as certainly as my grandmother’s were of hers.

Will Levitt is a Brooklyn-based food writer and the Director of Events at CookNScribble. Follow Will on Twitter @UnderEggWill.

This post was originally published on Will’s blog, Under the Egg.

3 comments on “My Year Food Writing: The Importance of Cookbooks”